We have a lovely little petting zoo that adds so much to our farm. Each with their own personality and story. Meet our zoo: 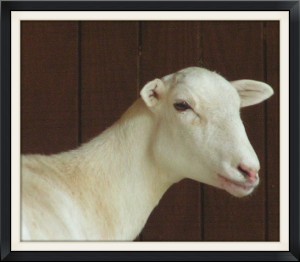 Dharma is a Katahdin Sheep. This breed does not produce wool but rather has wool like hair that sheds out each spring. So you may wonder why would you have sheep that don’t produce wool. This breed is raised solely for their meat. You can imagine how happy Dharma is to have escaped her life’s destiny and to be a member of our petting zoo. FUN FACT: A female sheep is called a ‘ewe”,(sounds like ‘you’) 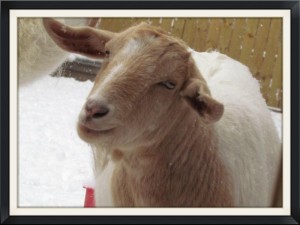 The word ‘Teeka’ is a mark made on the forehead that indicates belonging or acceptance. I chose Teeka out of a herd of more than 30 babies. She was not my first choice. She was my 3rd to last choice but all of the others were boys. As a baby she was all white and rather plain but she has grown up to be a lovely 2 tone goat with a great personality. If you scratch her under her chin she grins. 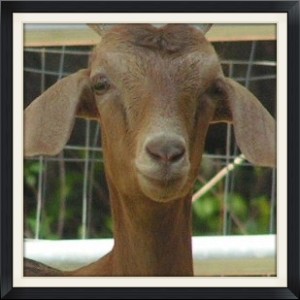 Sherpa-Her name is after the Himalayan mountain guides. I returned back to the herd where I got Teeka to get her a companion. After only a day she was obviously not happy as a solo goat. Sherpa and Teeka have been inseparable friends ever since. FUN FACT: Horns aren’t a sign of gender in a goat but rather breed. Dairy goats often do not have horns. 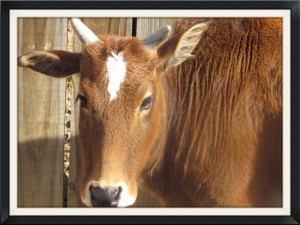 Kenya is a Zebu. The Zebus are native to South Asia and today can also be found in Africa. Kenya is a 4 year old and is full grown although her horns will continue to grow. In India the breed is considered holy. Kenya has an extremely strong and loud voice and she is best friends with Dharma buy stays close to Andre` for protection. FUN FACT: Zebus like all other cows can produce milk but also like all other cows must have a baby to do so. 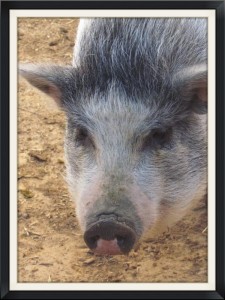 Rumba-Her name is after an Afro-Cuban dance known as the Rumba. Rumba was added to the zoo as a companion for Timba. Although, she is actually best friends with Andre but sleeps with Timba as they keep each other warm. When I went to choose her from a group of rescued pigs I picked her for her personality. She is friendly, likeable and she always wants a belly tickle. 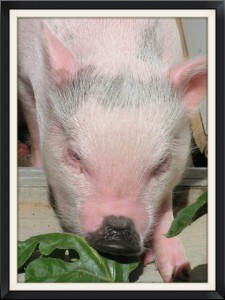 Timba-Her name is also after a Cuban dance. It is a happy, snappy little dance. Timba is very happy and energetic but likes to have her own way. She is very vocal and lets everyone know when it is feeding time. I raised Timba from a baby and like all pigs she is very intelligent. FUN FACT: Pigs are smarter than dogs or cats and contrary to popular beliefs pigs are also very clean. They do not have sweat glands so they only roll in the mud to keep cool. 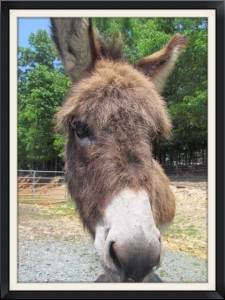 Andre is a burro or a small donkey. Andre loves, loves, loves attention. He enjoys his herd, but would prefer to be out with the people. Andre` has served as the farm friendly greeter and has acted in many live nativity scenes and performances. FUN FACT: Donkeys are not stubborn but rather require convincing versus force. FUN FACT: A mule is the offspring of a male donkey and a female horse. 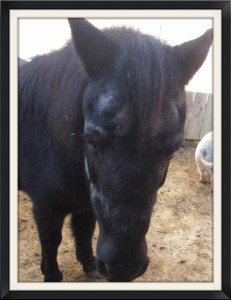 Merry Leggs, the name, is after the cheeky pony character in Black Beauty. Before coming to our farm Merry was a carousel pony. He shows scars of wearing a halter for too long. He may have spent years in the carousel going around in circles. He likes the freedom of the zoo and all of his animal friends. 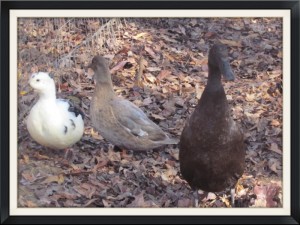 Paddy Whack was a lone Runner Duck who could not adjust to life with the chickens. She didn’t want to do chicky things and they didn’t want to do ducky things. So, I set out to find her a friend. The first duck I bought at an auction. She immediately flew to the pond across the street. Then I found 2 nice little Call ducks for Paddy Whack. She took to them like, well, a duck to water. She thinks they are her babies and guards them with her life. It was only appropriate to name the new ducks: Knick and Knack. 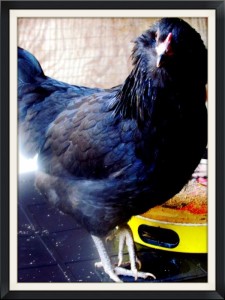 Zen is a special hen. She is very docile and pettable. She does not mind being held like a baby and she will talk with you when she hears your voice. She is a miniature Ameraucana that lays blueish green eggs. Like any chicken her eggs are edible. 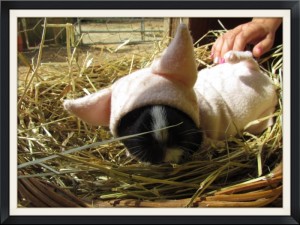 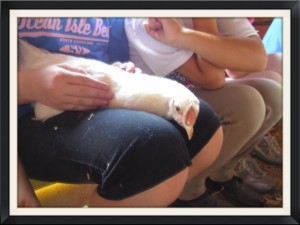 We have a variety of exotic breeds of chickens on our farm. We use some for egg production, some for showing at the county fair and some for petting. Starting at 2 days old we begin handling all of them and then choose the ones who enjoy being with people the most for the zoo. If people knew how lovable hens are I believe more people would keep them as pets. FUN FACT:All chickens produce eggs and all eggs are edible. Hens do not require a roster to produce eggs. However, eggs will not produce babies without the roster. 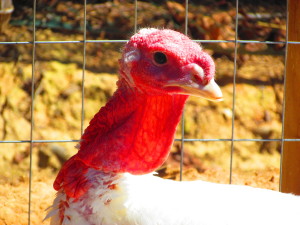 Free Byrd has an amazing story. He was on a truck with thousands of other turkeys headed for slaughter. He jumped off, ran across six lanes of traffic and was seen and rescued by a vegetarian with a petting zoo. That is one lucky bird.

View all posts by: deb